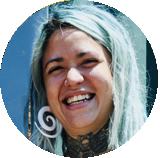 Millz Marley is a business owner, mother and model. Born in Puerto Rico, Millz describes herself as "creative, lovable, and expressive." Having developed a love for art early in her life, she got her first tattoo at the age of 13. Her early exposure to tattoos and artwork eventually inspired her to set a goal to show the world that women can be more than just a face in the tattoo industry. Despite criticisms of being too young and unqualified, Millz showed just how serious she was when she became a business owner and opened up her first tattoo shop, Eminence Ink, at just 21 years old. ​

Millz inspires others by pursuing her career in modeling. Not only did she push her limits being featured in magazines and movies, but Millz's modeling took her all over the world. ​

Inside Eminence Ink, she is far more than just an owner; she is the energy and life of the shop. Millz uses her inspiring story and her unsurpassed work ethic to manage the team with a powerfully positive and motivational influence that lifts up everyone around her.
Back
Willimantic Public Art
861 Main Street
Willimantic, CT 06226
Willimantic Public Art is a  non profit 501(c)3 organization. 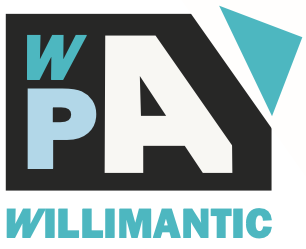